If you have conditioned yourself to be a master imbiber during St. Patrick’s Day, you’ll be joining the millions that consume an estimated one percent of all of the beer in the world on this one day. That’s right, ibisworld.com, a market research company, estimates that one percent of all the beer in the world is consumed ENTIRELY during Saint Patrick’s Day. How much beer is that exactly? 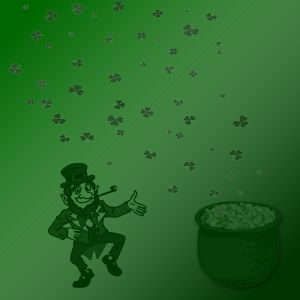 According to Canadean, a marketing firm, “global beer consumption will top 2 billion hectolitres (52.8 billion gallons) by 2013. One percent of that is about 528 million gallons or 4.2 billion pints of beer.” Whoa! That’s a lot of beer for Saint Patrick’s Day. That means a lot of liquid to brew the beer, a lot of consumer liquid during imbibing, and a lot of liquid expelled into the toilets afterward. Don’t forget about how much water will be used to flush all that liquid, too.

It can take upwards of 40 gallons of water to produce a pint of beer. If there are 4.2 billion pints of beer consumed on St. Patrick’s day, it is reasonable to assume 166 gallons of water were used to produce that beer. That’s enough water to supply 8 million residents with water for 140 days.

It turns out that while the beer industry, in general, use a lot of water; the industry is also a leader in advocating sustainability.

Who knew that St. Patrick’s Day could be so interesting when it comes to water statistics? Business owners and bar patrons, keep our number handy 801-712-1940. With this much water “flowing,” in and out, you just might find yourself having crowd control problems from over-occupied bathrooms.